Racism, Discrimination, and the Law in Vancouver – An Exploratory Blog

Opinion: We Need to Start Writing a Chinese Canadian Narrative for Ourselves 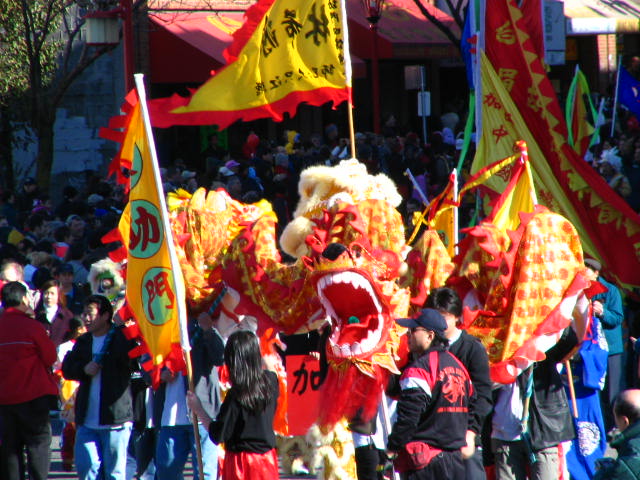 A survey of recent media reports from Vancouver and increasingly from Toronto show a worry trend of the reviving and recycling of historical “yellow peril” arguments that many of us hoped t21st century Canada had largely left behind. One of the central reasons for this revived narrative the very real affordability crisis affecting Canadian metropolitan cities. Few can deny that foreign money, and with that money from China, as one of the world’s dominant foreign powers, undeniably factors into to some debatable extent.

However, rather than focus our collective attention on foreign money and acknowledge the global/cross-border nature of the phenomenon, reductive arguments have instead led to the “public shaming” of bad apple wealthy Chinese investors, bad apple Chinese-Canadian businesses, and even, very unfortunately, Chinese-Canadian politicians who have all been treated as a threat to Canadian culture. In many cases and accounts, the Chinese is dropped and all Asian-Canadians are lumped into the same brewing pot of public discontent.

The challenge with many of these accounts of China is that it simplifies what is probably the most complex country and complex sets of histories, politics, and migration patterns on the face of the modern world today.

Chinese-Canadians arrived in Canada through different waves from different geographical locations, coming with ultimately different purposes. In the late 1800’s, we came to assist the building of this country with our bare hands to take jobs that no one else wanted – building the railroad to our eventual subjugation through anti-Chinese sentiment and legislation imposed on us in the early to mid-1900s. Later, once the anti-Asiatic immigration policies were let go, we came for opportunities – often men before wives, to find a new beginning and a new-found respect. We started coming not only from one province in China but different provinces. Later, we came to escape sensitive political environments in the diaspora at a time of domestic uncertainty – referring to China during the period of cultural revolution and later Tiananmen.

Today, albeit often with a little more money and a few more options, the vast majority of Chinese immigrants still carry with them the dream of providing for a safer and more stable environment for their families and children. Yet somehow the timing of their arrival has reignited in us a discontent, anger, and frustration. I would argue that this frustration is not with them as a group but mostly with ourselves and escaping our own cycles of discontent with being unable to achieve a comparable level of financial freedom. The Maslow foundation of a roof over our heads (representing security and health) appears slipping from us but available from them. We know that this is an oversimplification but the pure visceral experience of wealthy and successful Asians creates a corresponding dissatisfaction.

But let’s step a minute here and think about what this all means for the Chinese community in Vancouver as an organic whole when we espouse and promote such narratives.
I believe these narratives that are being imposed on us are having unmeasured and untold effects on our community’s cohesion. Asian-Canadians of all generations and nationalities are struggling to align themselves where the debate pits us against our family, friends, and often times even against ourselves and our fleeting and challenging attempts to balance our cultural hertiage. Some of us are taking this opportunity to band together – to form advocacy networks within our professions and for our causes. These groups provide us the opportunity to bring together like-minded individuals with shared experiences to promote our resilience.

Others, and sadly often newcomers, international students, and those without financial resources, feel shut out of dialogue and ultimately the scapegoat for the public. Many feel discriminated against in the labour market – interviewees interested only in their connections to wealth and clientele and not their potential to do good and do better. Others do not know where to start in integration and end up starting their own businesses, many times far too early and without the mentorship of well-established businesses to guide them through the rules and regulations of doing business. To those observing from afar this creates more examples and narratives which create continuing cycle of public distrust, misunderstanding, and feelings of non-acceptance.

Others will leave Canada altogether and abandon their Canadian residency to return to their home countries in Asia. I am sure, for some observers, this is only desired outcome but it is one that I believe ultimately represents a two-way failure in integrating new Canadians.

Where does that leave our “Chinese-Canadian” community? Ultimately Fractured.

Each time a story comes out about a wrong-doing of a Chinese individual, business, or community we cringe a little. We make excuses – “they must be a newcomer’, “they don’t represent us”, “they are disgracing us”, but ultimately we feel as though our already weak skin is dented. We build our own shields. Step away from politics. We keep silent, we stay subservient and ultimately we internalize our feelings into our own hatred towards our brethren. We adopt the majority mob mentality and later on become instruments of their narratives for as long as they need us, which usually is not a very long time.

There are other negative effects. Indirectly, we are seeing, particularly in the labour market, an unwritten expectation that being Chinese you must be fluent in the language and you must have wealthy connections as your value add. The stories of Canadian businesses, under the leadership of individuals who are not Asian, eager to take advantage of foreign capital has been underreported compared to the shaming of companies with Asian leadership. The experiences of local politicians of Asian-Canadian descent suggest you will be scrutinized – which itself serves to dissuade many of us from stepping into an important arena for change.

From my perspective and truthfully the way I see it, there is no Mainland China, Hong Kong, Taiwan, or other generational difference that needs to have any relevance in the Canadian diaspora. I believe that by entering the borders of Canada we should recognize we are coming to new home one that can heal fractured lines and see commonality where others only see and impose conflict. I believe we have a duty and responsibility to pay tribute to those Chinese who were the first-wave of immigrants, speaking dialects we may not be able to understand, but ultimately served as our pioneers. I believe that by entering Canada you subject yourselves fully to the laws of our great nation, and that harmful practices or understandings should be left behind.

If we can put aside our differences and see the funds of some of the wealthier immigrant compatriots not as a burden on our society, but as a resource that can be re-invested into our own social services, I think the picture would look different. If we can harness the resources and entrepreneurship of the young Chinese (Korean, Japanese, Mexican, you name it) international students and direct their energies into partnering with struggling Canadian businesses, non-profits, and encourage them to take leadership roles – are we really threatened? I would suggest we are enhanced as a country.

If this is indeed what we want – we need to put aside our visceral observations that there are appear to be more individuals with black hair, brown eyes, and tanned skin  (which there will inevitably be as we create new inter-cultural relationships and offspring) and instead view all of them as newcomers to our Canadian mosaic with the capacity to help nation-build.

Those harmful narratives looking simply at an individual’s country of origin and numbers simply do little but promulgate hate and fear in a time where less of both would do a whole lot of good for our country.