Medical Inadmissibility Appeals and the Application of De Novo Evidence 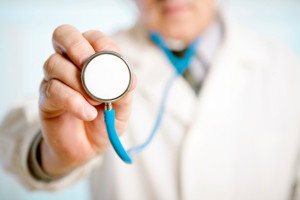 I am working on an Immigration Appeal Division (“IAD”) case involving the sponsorship of a family member who was found medically inadmissible. An interesting legal issue came up, which I found has not been widely discussed in immigration law texts, but may be very useful for practitioners and applicants alike: what happens if the Applicant’s condition or drug prices have changed since the initial negative decision and you are now at the IAD?

The loose factual situation is that since the negative medical inadmissibility report was issued several years ago, there have been several developments which (arguably) may not leave the individual medically inadmissible today. For example, as of June 2014, the minimum cost threshold (beyond which medical inadmissibility for excessive demand on health and social services would kick in) increased from $4,057 to $6,387 per month. This is a very substantial amount.

In our situation and in my estimate, the Applicant, according to today’s figures and our estimates of today’s prescription drug prices, may indeed fit under the new threshold and possibly the threshold from two years ago too.

Asides from the issue of challenging the reasonableness or correctness of the Visa Officer’s decision, can we introduce this new De Novo evidence as evidence of non-inadmissibility? In other words, can the IAD consider this evidence as a legal argument that the Applicant is no longer medically inadmissible?

The short answer appears to be no. The relevant case law authority for this is Vazirizadeh v. Canada (Minister of Citizenship and Immigration) 2009 FC 807. In Varzirizadeh, the Applicant had knee surgery following a medical inadmissibility finding based on osteoperosis. It was determined following the inadmissibility finding that one of her knees no longer required surgery. The IAD refused the Applicant’s appeal based on humanitarian and compassionate considerations, and the Applicant brought an Application for Leave and Judicial Review to the Federal Court now also challenging the legal validity of the decision.

The Applicant argued that as the IAD hearing was de novo, it should have considered the appellant’s changed medical status, whereas the Respondent Minister argued that the IAD considered both pre-surgery and post-surgery circumstances, and determined the medical inadmissibility had not changed (para 18). The Respondent also argued that de novo evidence could only reverse a medical inadmissibility finding if the evidence demonstrated that either the visa officer’s decision was incorrect at the time or breached the Applicant’s procedural fairness (at para 19).

Justice Frenette, citing the still oft-cited decision of the Federal Court of Appeal in Mohamed v. Canada (Minister of Employment and Immigration),  68 N.R. [1986] 3 FC 90, adopted the Respondent’s position concluding that “subsequent improvement in the medical condition was only relevant to whether special relief should be granted on appeal” (at para 20).

Therefore, it appears that arguments relating to change in medical condition or drug costs will not assist in challenging the legal validity of the Officer’s decision.

But, it is still useful in an appeal?

Application in a Recent IAD Case based on Special Relief – Boukrab

Boukrab v. Canada (Minister of Citizenship and Immigration) [2015] IADD No. 25 is an interesting case of a self-represented litigant who was found medically inadmissible by a visa officer as a result of rheumatoid polyarthritis (para 4).

The visa officer’s medical report itself [it was in French, so pardon my limited French translational abilities] found that the Applicant’s condition would likely continue to deteriorate and listed several drugs that he would require under Ontario’s medical insurance program.

In an effort to likely bolster the medical report, the Minister’s Delegate in hearing disclosure provided a Globe and Mail article which showed that injections or infusions for treating the condition would cost upwards of $20,000.

The Applicant’s arguments regarding the ability to “pay for his mother’s drugs,” were not accepted by the IAD which argued that as the government was statutorily obligated to pay, any undertaking to the contrary by the Applicant would be irrelevant.

However, the Applicant won the appeal on the basis of an updated letter from a rheumatologist dated August 29, 2014 indicating the condition was now stable and that the over-the-counter medication she took cost only $47.25 a month, an amount well below the threshold.

The Member upheld the medical inadmissibility finding but granted special relief (Humanitarian and Compassionate considerations). The Member was similarly impressed by the family’s attention to detail in establishing housing and transfer payments that were to be made.

Drug costs and equivalent treatment can sometimes be difficult to establish, particularly when the Applicant is located overseas and being treated by an overseas doctor. Many medications cost different amounts in different jurisdictions, sold under different labels and may have generic equivalents.

A good tip for Applicants or Counsel is to contact local support/non-profit groups relating to the condition that renders the Applicant inadmissible. These organizations, particularly local chapters, may have updated reports and studies which provide more accurate estimates of medical and social service costs.

It is important to recognize, particularly for negative decisions rendered abroad at foreign visa offices by foreign doctors/officers, is that the cost estimates are often done abroad and based on reports and surveys which possibly are less reliable (and possibly less individualized, local) than the ones you may have at your fingertips.

I also have this handy tool, provided to me by the kind folks at one of the organizations mentioned above, which may assist you in assessing the pre-subsidy prescription medication costs.

As stated on the website by the Pacific Blue Cross: “The Pharmacy Compass is an online tool developed by Pacific Blue Cross that may help you save money by comparing the average price for prescription drugs at different pharmacy locations across British Columbia based on claims submitted to Pacific Blue Cross over the past three months.” http://www.pharmacycompass.ca/FAQ

Once you have a cost estimated for the medication, it will be useful to do two steps. First, compare this amount to the cost threshold. In an ideal world, the cost is under $6,387 a month you may be in good shape. If the amount is slightly over, it may be worth investigating into the province’s subsidy scheme and determining the percentage paid by the government annually (reimbursed to the beneficiary). Here, your individual who is wealthy, but can’t use that wealth to demonstrate that they can pay for the costs out of their own pocket may be able to demonstrate that it affects the subsidized amount. Again, this analysis will have to be done on a province-specific basis and may not ultimately yield positive results. However, as summarized very well by one of my favourite Canadian immigration lawyers, Mario D. Bellissimo in  Chapter 11 – page 31 of Canadian Citizenship and Immigration Inadmissibility Law (2014) “The end result: excessive demands in one province may not be excessive demands in another province.”

Medical inadmissibility is a fascinating area of immigration law, one that is constantly changing based on changes to our health system and our knowledge of scientific treatments.

From what I have seen of it so far, it is often one of the most controversial. Medical inadmissibility cases often make it to the front page of the media, for the devastating affect it has in separating families.

I think it is an area where more case law will emerge, as applicants and counsel are better prepared to challenge the legal validity and put forth strong humanitarian and compassionate grounds for how they are not excessive burdens on the Canadian health system.