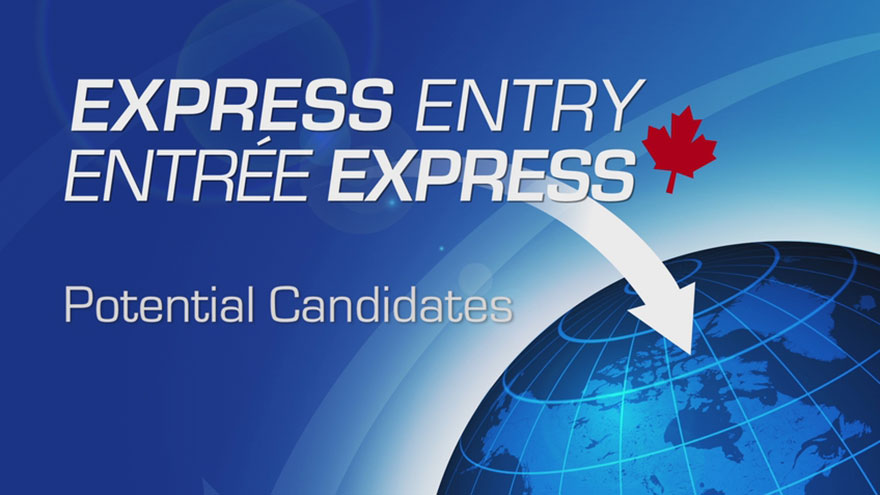 There is much that is good about Express Entry, the online application management system introduced by Citizenship and Immigration Canada in January 2015. Few can complain about the (so-far) expedited processing times and arguably even the program’s ability to scoop up the top, most qualified candidates. For all its glitches, Express Entry has helped modernize Canada’s previously broken first-come, first-serve paper-based system.

However, in my opinion there is something very bad – and in my mind, very misguided from a policy perspective, about Express Entry’s point system. I am speaking about the system’s unqualified prejudice against older migrants from non-English speaking countries. I believe this has negative consequences on our Canadian cultural mosaic and may even carry unintended economic consequences.

Express Entry’s point system awards to potential economic immigrants, allowing them to receive an Invitation to Apply (“ITA”) for Permanent Residence. In order to create a profile and enter the Express Entry applicant pool, applicants must first qualify for one of the three economic programs, the most popular of which are the Canadian Experience Class (“CEC”) and the Federal Skilled Worker (“FSW”) programs. Both programs have minimum language requirements in either English or French. For the CEC, the minimum language requirement depends on the classification of the skilled job for which the Applicant is claiming experience. For the FSW, performance on the required language tests above and beyond the minimum can increase one’s points towards their overall qualification for the program. For the most skilled positions under the CEC and for all FSW applicants, at least a “competent” level of English is required.

Only the FSW program considers age as a factor, although it is not a baseline requirement. Applicants under the age of 18 or over the age of 47 are awarded 0 points out of 12. As the overall point system is out of 100, for which 67 points is a minimum requirement, age is not a determinative factor for eligibility.

After meeting the basic requirements of one of eligible economic immigration programs, applicants are then scored according to the Express Entry’s Cumulative Ranking Score System (“CRS”). As 600 points of the maximum 1,200 points are allocated to having a valid job offer supported by a third-party employer either through a Labour Market Impact Assessment (“LMIA”) or a provincial nomination, a majority of potential applicants essentially compete within a 600-point system. As of the date of this article, a majority of the draws have been in the upper 400’s with several draws in the 500-700 point range. The lowest draw so far has been 450 points.

For Language and Express Entry, the English “competent” candidate earns an average of 64 points, assuming equivalency among their reading, writing, speaking, and listening sills. A candidate that is a “good” or “very good” user (keeping in mind that the later is a standard just below expert user/native speaker) is awarded an average of 116 points. In addition, these later candidates automatically increase their skill transferability (another important CRS factor) points adding anywhere from 16 to 50 points to their score depending on their education and work experience. It is therefore fair to say that applicants who are merely competent in English obtain 75 fewer CRS points then someone with greater (near native-speaking) competency.

Consequentially, a competent English speaker (let us assume from a non-English speaking country) who is 40 years old, married with young children and who has a potential 25-year old working career in Canada loses 135 points right away.

To put it in perspective, even if the applicant obtains maximum scores in every other category they could only obtain a maximum 465 points out of 600, just 15 points above the lowest drawn score in 2015.

Not in Line Policy Research or Canadian Immigration’s Legislative Objectives

While the literature in this area is complex and varying in its results, it does suggest that Express Entry’s current policy on age and language is highly misguided.

A recent August 2015 Statistics Canada/CIC report suggests that language is not effective as a long-term economic-earning indicator.

This finding is not altogether surprising. In a 2012 article titled, “Language and Immigrant Labour Market Performance: What Does the Economics Literature Tell Us?” Canadian Economics Professor Mikal Skuterad asks whether it is reasonable to believe Canada can maintain current immigration levels and increase language criteria without sacrificing other desirable qualities of immigrants. In his piece, Professor Skuterad suggests that Canada’s emphasis on high language requirements may be too focused on short-term outcomes, and too neglectful of the importance of post-migration language training required via settlement services. In short, pre-migration language is an overemphasized indicator of economic success.

I would argue that age, while a long-term indicator of economic success according to the August 2015 CIC report, is overemphasized as a factor in Express Entry. Importantly, it is out of touch with economic realities. Our most recent studies of the issue in 2011 showed that even in Canada, where welfare and social services are readily available, the age of mothers at first birth was increasing towards record pace.

If we assume Canada is most desirable as a place of permanent residence for young families with the financial capacity to move and elementary/high-school aged children serving as a major impetus for the move, we should expect a high number of late thirties/early fourties applicants. Yet, this is the very group that Express Entry punishes through the prejudicial point system.

Overall, putting such a high emphasis on language or age of potential economic immigrants does not further the objectives of Canada’s legislated aims as stated in section 3 of Canada’s Immigration and Refugee Protection Act (the “Act”). The Act states:

Combined, I would argue that creating a point system those only benefits younger immigrants from English-speaking countries does not serve to maximize the social and cultural benefits of immigration. If anything, a program that discriminates against older, non-speaking applicants narrows our country’s definition of the ‘desirable immigrant’ and creates an unnecessary, disincentive for economic immigration. Furthermore, while I do not believe past studies have been done on this issue, I would argue that the economic and immigration mobility of the types of fluent, young immigrants Canada currently desires will lead many to eventually pursue opportunities as overseas ex-pats rather than as Canadian-resident taxpayers.

Where do we go from here?

There is some hope. The governing Liberals have promised it will be re-examine the point system and may allocate additional points to individuals with Canadian relatives. However, I don’t think that is enough. I think it is enough that a potential immigrant meets minimum language requirements. I also think the age of a potential immigrant’s spouse and children should be qualifying factors. The 45-year old father of three Canadian kids who will have a lifetime to pay it forward to the Canadian economy should not be perceived as too old for Canada.

However, clearly some points are missing. Should students who studied in Canada receive more points under Express Entry? Should potential immigrants with current jobs held on other form of work permits receive more points? Arguably so. Should the economic immigrant who has started his or her own business or invested in the business of his or her son or daughter receive some points? Should an economic applicant who has a spousal sponsorship application in process receive additional points to facilitate their own immigration process? I would think that all the above would make sense.

Express Entry has much room to improve. Change, on the issue of language and age, is