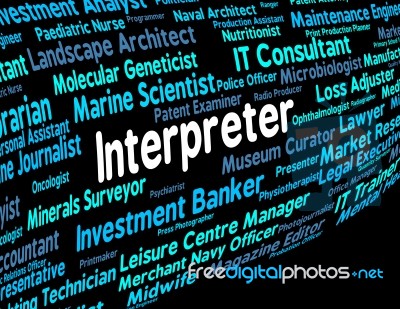 In Lo v. Canada (Citizenship and Immigration) 2020 FC 684, Justice Elliot heard the judicial review of a Sponsor who received a negative decision from the Immigration Appeal Division relating to his sponsorship.

Lessons from Losses – Importance of Good Interpretation in Immigration

In Zhang, the client (my client) attended an in-Canada spousal  interview with former counsel and as well with an interpreter who former counsel had assumed was certified, but was actually not.  In-Canada spousal interview have a heightened level of procedural fairness. Only a few cases to through to this interview stage. Without appeal rights, this interview serves as the final decision, and often with clients that have status issues, a refusal could be a trigger point for enforcement and possibly long-term separation.

The Officer in the matter decided to proceed, even know the interpreter was unqualified. This lack of qualification was not shared with the Applicant, only the Sponsor, who himself conducted his portion in English. For the Applicant, the Officer asked merely if she “understood the intepreter.”

While Justice Phelan did not rule our way, I found it interesting how this case and my recent experiences with my new Firm have really opened up my eyes to interpretation and the importance of certified interpretation.

Interpreters can truly make and break cases. Even for something as seemingly simple as a client consultation (and where you yourself may have a working understanding of the language), having a certified interpreter present is crucial.  Even where an assistant may be fluent in a language, having an independent certified interpreter available to provide accurate accounts and swear required affidavits. I have seen in too many cases the haphazard signing of affidavits in the English language where the affiviant has little clue of the content.

The case law around interpretation, from my preparation on the file, is very scattered. I won’t go into too much detail here, but it appears that it is only in cases where Tribunals or Government’s are providing the interpreter, where the interpretation is not clear and contemporaneous, and where the Applicant attempts to draw this to the attention at the earliest possible time that procedural fairness/Charter rights are ultimately triggered.

In Huang, the Federal Court set out the requirement as follows:

However, this is contrasted by another decision, Baloul, that applies a much higher standard for mistakes made by the Applicant (any by extension, their counsel) themselves:

[22]… The applicant had sufficient time to obtain an interpreter, but chose not to. The risks associated with this choice were spelled out in unequivocal terms and the applicant chose to assume these risks. I would add that the onus placed on the applicant to provide an interpreter has been upheld by this Court (Kazi v Canada (Minister of Citizenship and Immigration), 2002 FCT 733(CanLII) at paras 16 -18, [2002] FCJ 969).

[23]  When it became apparent the applicant was having difficulties understanding and answering the immigration officer’s questions, for the benefit of the applicant and though she was not required to, the officer offered to invite a colleague to interpret. The applicant agreed to this suggestion of her own volition and cannot now question the quality of this interpretation when she was well aware of the consequences of not arranging for her own professional interpreter. Furthermore, it is well established law that where there are translation problems, the complainant must raise the problem at the first reasonable opportunity (Oei v Canada (Minister of Citizenship and Immigration), 2002 FCT 466 (CanLII) at paras 40 and 42, [2002] FCJ 600; Kompanets v Canada (Minister of Citizenship and Immigration), 2000 CanLII 15377 (FC), [2000] FCJ 726 at para 9, 196 FTR 61; which the applicant did not do in this case.

I don’t change my own legal position (that I presented) that this requirement should run both ways. For an Applicant who does not speak English and a Counsel who does not speak the Applicant’s first language, interpretation is a complicated exchange. I do believe that there needs to be a clear instruction to IRCC Officers that if the interpreter is not qualified and upon confirmation that this was not a bad faith error, that the Sponsor and Applicant should be fully advised of the fact and asked to sign a document either confirming a new appointment or waiving the requirement for certified interpretation.

This level of heightened procedural fairness is consistent with IRCC’s position at the Port of Entry.

A border services officer who is using a non-accredited interpreter to conduct an examination should suspend the examination if it becomes apparent that the person may be inadmissible. The examination can be continued once a competent interpreter is available. This is important for the following reasons:

Not ironically, in a June 2018 update not long after my case was published, IRCC put an additional section regarding complaints about an interpeter.

Complaints about an interpreter

Complaints regarding interpreter competency or comportment can generally arise before, during and/or after the interpretation services are delivered. The complaints could range from no-show or last-minute cancellations, to poor interpretation, to after the service when the interpreter could engage with clients and claimants in communication that could be a ground for conflict of interest.

Authorized IRCC users and clients/claimants must raise concerns with respect to interpretation during the course of the interpretation service, at the first opportunity, unless there are exceptional circumstances for not doing so.

Where concerns arise regarding interpreter competency based on information that only became available after the service is rendered, the authorized IRCC user should discuss these with an interpreter as soon as possible.

It is so very crucial for counsel to clarify that their interpreters are properly engaged. I strongly recommend familiarizing yourself with the STIBC (https://www.stibc.org/).

Hopefully, with more counsel utilizing interpretation and clients realizing how important this additional $50 dollars an hour (or so) could be to their immigration cases, that we reduce the types of mistakes that could have devastating impacts, particularly on those without financial means to seek legal support and advice.

Cultural Challenges at the IAD

Two weeks ago, I attended a very interesting workshop held at the Law Courts Centre discussing the issue of how issues around ethnic diversity and race may affect the overall judgment of a legal decision-maker. Given that the speakers were a current judge and a former judge (now lawyer), I expected a very cautious discussion. I was surprised to find that both admitted there were significant cultural competency challenges facing decision-makers, particularly around such things as cultural traditions (re: marriages and families) as well as the importance of effective interpretation/intepreters.

The Use of Interpreters

I recently had the privilege of sitting in on an Immigration Appeal Division (IAD) spousal appeal where I witnessed interpreting challenges in practice. The interpreter admitted at the forefront that there were dialect issues and in general was having difficulty keeping up with the fast pace of the witness (who was testifying by phone). The decision-maker was noticeably irritated by the witnesses inability to be concise and cooperate with the interpreter. Cantonese for many who do not speak it comes off very fast and harsh (even to someone who speaks mandarin like myself). The Member at the hearing was noticeably unamused by the tone of the witness.

At the workshop, the judges both recommended that if the witness is able to speak English they should use that as the language of testimony. I completely agree. The individual used (particularly in immigration hearings) is not a professional certified interpreter. Furthermore, many terms and human emotions simply do not pass through interpretation. I believe that the credibility of the witness is is inevitably weakened and definitely not aided.

Another cultural challenge that I have seen in several IAD cases (a few that have led to Judicial Reviews) is the issue of mental illness and disability. In the West, we have a very advanced view of mental illness and disability compared to many countries of the world. While undoubtedly  stigma and prejudice still exist, parents generally know from an early age from their family doctors and educators what the child suffers from and what type of treatment options are available.

In much of the world this is not true. Mental illness is not well-studied nor understood and it is often not an issue that families enjoy discussing at the dinner table. Rather than relating to the specific name of the disease, the Chinese name for many of these illnesses is simply the blanket term “mental illness” or “personality illness.”

Consequentially, I have seen quite a few cases where family members and spouses were unaware of the diagnosis of the mentally-ill/disabled individual and only able to describe several of the key effects (i.e lower IQ, trouble functioning in public, etc.). These factors were later turned around and used as signs that the underlying relationship (in the immigration context) was non-genuine and therefore excluded the family relationship and rejected the appeal.

I think decision-makers, particularly at the IAD stage need to be very aware of the different cultural stigmas around mental health and how lack of knowledge of diseases may not necessarily be a sign of a non-credible witness or a non-genuine relationship.

The ‘I Love You’ Factor

Another issue that I have seen arise in the IAD is in the assessment of the types of actions which demonstrate love.

Perhaps to the archaic nature of case law in the area, the genuineness of a relationships is still defined in large part on things such as telephone records and love letters. Importantly, the relationships must be centred around love and the need for proof of the “I love you’s.”

In the modern day however, this evidence of genuineness may not always be true. Several couples use Whatsapp, Skype, or some cultural chat software (QQ, Kakao Talk, WeChat) to communicate. Many of these platforms do not allow for message histories to be effectively kept and furthermore some of the sending of media images back and forth and video chats, and conversations in foreign languages, are not readily transcrible. In one IAD refusal decision I read, the sending of media back and forth between a couple was described as “illogical.” The individual Member had likely never used Whatsapp before.

A second challenge that bogs many foreign couples (particularly older ones), I find, is the actual use of the words “I love you” in various contexts. Even in my own parent’s generation, the words I love you are rarely ever said or heard around the house. If asked why they are together or attracted to each other, I am sure my parents would come up with issues related around responsibility, similar view on household chores/economics, etc.

I think it is important to be sensitive to the way love is expressed in different cultures and not draw negative inferences based on different understandings.

Just a few thoughts on this Sunny Sunday in Chongqing, China.