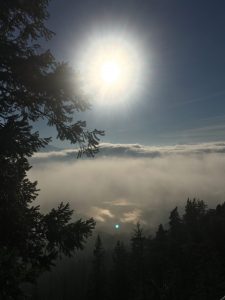 I want to begin this piece by stating that in a very purposeful way, I have not spent a significant time reviewing the different proposals to the problem I will be discussing today. I have been in touch with numerous stakeholder groups who have pointed me at different ideas.

I am sure if I were to read those ideas I would agree many of them, but I wanted to first tackle this from my own perspective and my own experiences and understanding of the law/practice. There are certainly academic journals to be cited, research to be relied upon, but this piece is about the nitty gritty. Solutions I feel could be implemented to make a broken process better at this ever-so crucial time.

The problem we are talking about is the growing challenge being posted by outlandish (read: extreme) delays in processing outside of Canada (what I will refer to as “outland” or “outside Canada”) Sponsorships and how families are being separated because they are unable to obtain temporary resident visas and other permits to temporarily reunite with their family members pending processing. This processing is in many cases taking years.

This challenge has been exacerbated by COVID, where precarious work and travel options make leaving Canada impossible for the Sponsor. In this problem scenario most Sponsors are residing in Canada (as permanent residents or citizens) and their partners (common-law spouses, conjugal, and married) are overseas. Because of COVID, closure of visa offices, backlogs of biometrics, and general reticence to processing paper-based applications abroad – families are now at a breaking point.

For full disclosure, I was contacted by one advocacy group (of about 15 families) and told there were many more. Many of my own clients are in the same boat right now. This has prompted me to write on an issue that frankly we’re not talking enough about – a major consequence of the pandemic.

I am also someone with personal lived experience that combined with my professional experiences, gives me some authority to share. I was able to get a Temporary Resident Visa (TRV), then a study permit for my spouse (then girlfriend/fiancee), eventually choosing to apply outside Canada while she was residing with me in Canada – often times the best scenario, but unobtainable for so many. I am very cognizant that this was also a matter of luck – had my partner been from a different country – the Philippines, India, Nigeria, Iraq – just to name a few, I would likely have had to either marry abroad and have several years of long-distance.

Because of these overseas delays, I have also seen a great number of families choose to go inland – forgoing appeal rights, for the benefit of implied status provided by the Open Work Permit. Effective overseas processing has been a staple of Canadian immigration, yet due to delays – particularly from visa offices located in Global South/Middle Eastern/African countries – we’ve created an overburden on visa offices to assess complex and unnecessary visitor visa applications overseas and inland applications here here in Canada.

OPINION: Why Immigration is My Canadian Election Issue – Changing Our Attitude and Communication

Like many of my Canadian friends heading into the end of the summer, I am what the pundits would call an ‘undecided voter.’ Speaking very frankly, none of the three catch-all parties, have to this date won my votes on their policy positions.

For me, like many of my first and second-class Canadian friends, the policy issues that truly matter to me this 42nd Canadian election, are a product of the experiences in this country; for me, a country I know I have the unique privilege of having been born in. The environment, jobs, health, security are all issues that I am keenly aware concern several of my compatriots. Yet, fortunately, I have not run into any of these challenges on a personal level.

Both Raj Sharma and Mario Bellissimo, in respective pieces here and here, have expertly laid out issues and views I strongly side with, in terms of the direction of Canadian immigration policy on both family and economic fronts.

Both cite family reunification as something that needs to be given more value and viewed as a greater economic opportunity. I completely concur. There is also clearly the need for more humanitarianism in our system. I applaud the current Harper government’s decision to open the door to more Syrian refugees, but I think regardless of the pending election, Canada must do more for refugees both domestically and abroad and act faster in responding to global humanitarian crises. Canada also needs to send clearer messages to foreign caregivers who bring invaluable services to Canadian families while carving out their new lives in Canada that they are an asset and not a liability.

However, I think what I want and many Canadians want from the next government is not a specific policy change. Increasing a quota from 5,000 to 8,000 will never full capture the demand that exists for our beautiful country. It is inevitable that people will be left on the outside looking in.

I think what we want is a general attitude change by our policymakers to better communicate with an issue that often trumps several other policy concerns that newcomers to Canada have.

A Little Parable – At the Chinese Visa Office

Many months back, I was applying for a visa to go to China to visit my girlfriend. Due to the unclear Chinese-translated wording on the forms and the uniqueness of my situation I’ll admit I made a bit of a mess of the forms. As I went to the front desk, confusingly pointing at what category I should be applying under, the friendly individual at the front desk kindly guided me through each question and told me to fix and sign next to my corrected answers. My final application form looked like the first draft of an immigration form I help my clients edit. After one last check I was told to come back Thursday to pick up my visa. Sure enough when I came in a week the visa was approved.

It is quite easy to say China is not a comparable and that with that many people seeking entry there is no way to process everybody’s application as thoroughly as we do in Canada. However, I want to drive home the point that if the world’s most populous nation can station helpful humans across the world to personally assist with immigration challenges, surely can we do more. Surely we realize how a functioning visa system can reflect on a nation’s attitude as a whole. It is for many the first point of contact for Canada. It is not good for system integrity or our nation’s reptuation, when applicants need to rely on change.com social media campaigns to have their mother’s attend their wedding.

Furthermore, refusals themselves are a major burden on the system. While some will follow the literal message of the refusal letters and “apply again when they qualify,” many will try to judicially review or appeal decisions, make expensive Access to Information and Privacy requests, flood the call centre, and write letters to MPs. I once had a colleague who once told me the cost per hour of conducting an ATIP request could pay several government workers. I am not sure if there’s a more up-to-date report on this issue, but we know that the issue is at least 15 years old.

A report on Canada’s visa system commissioned in 2013 made several recommendations in March 2014 including providing standardized letters of invitation and complete reasons for refusal to failed applicants. Neither of these recommendations have been acted on. Other suggestions such as providing short-term emergency visas secured by bonds have also not been acted on. The Government’s own Open Source figures, which do not include returned application, show a huge discrepancy against applicant’s from Middle Eastern, South Asian, and African countries. Yet little has been done to try and address these clear communication barriers between Applicant and Government.

The problem of communication extends beyond Canada’s visitor visa regime and is a microcosm of a larger communication challenge. The Express Entry system, in place since January 2014, replaces officer communication with mathematical algorithms that attempt to cookie cutter applicant lives without taking into account the necessary discretion provided by the laws themselves. In the Temporary Foreign Worker context, communication still occurs largely by unverified fax. Answers to seemingly two-second administrative issues take months and months of attempted communication and legal action to resolve. These all add up to costs and could all be saved by more human (or effective digital) communication.

Ultimately, had I applied for my Chinese visa under a system as uptight and rigid as the current Canadian system, I would have not been able to see my girlfriend. It would be unclear if that future family I dream about every night would even be able to materialize given it was my only permissible vacation in 9 months.

What party can come out and say they will invest in immigrants and invest in increasing communication and transparency. My election vote will go to that party.