The Little Things that Send Back Spousals – Advice Blog

The December 2016 changes to the spousal sponsorship process has (to-date) served as a double-edge sword. While applications for many have sped up, for others, the process has turned into a nightmare. There have been increased cases of applications having be returned back to sender – for failing to meet the strict requirements of a complete application.

Regulation 10 of the Immigration and Refugee Protection Regulations (“IRPR”) governs when an application is complete:

IRCC has taken a rather narrower and stricter approach in determining when an application should be sent back. It appears that where documents or content is not in-line with their instructions (regardless of whether defined in IRPR or IRPA there is a good chance the application is being returned.

The consequences of a return are heavy – it could mean loss of status (where one is basing their work permit extension on an in-Canada Spousal). At the best it’s a loss of a few months and at the worst it could lead to enforcement action if no steps are taken in time to remedy the mistakes.

In a sense, after ATIPing to learn one of the impetuses behind the changes I am not surprised. The following are excerpts from some of those ATIPs where directives were provided to IRCC officers at Case Processing Center – Mississauga (the office responsible for intake):

Top Issues Noticed (with Some Input from Immigration and Other Practitioners)

Recently on the Immigration Listserve there has been increasing outrage from representatives (expressed on their on files and on behalf of self-reps) on the return of applications. IRCC has acknowledged that some are returned in error. However, there are some issues that are not errors that will lead to return that should be carefully looked at:

(2) The application shall, unless otherwise provided by these Regulations,

A final mistake i see many self-reps make is in trying to present their application too cute: multiple envelopes, binders, staples and paper clips. We keep it very simple here. Generally one rubberband and if required separate rubberbands to separate packages. The more obstacles you give the processing officer at IRCC the more likely they will be frustrated and (1) look for problems and reasons to return; or (2) actually lose a document in the process which may lead the application to be improperly returned.

Finally – scan everything for yourself AND make a physical copy so you can have something to fall-back on.

Can I Lose My Open Work Permit If My In-Canada Spousal Is Refused?

As a relatively new (December 2014) immigration program, the One Year Pilot Project which provides an Open-Work Permit to In-Canada Spousal Sponsorship/Common-Law Applicants raises many interesting factual scenarios – particularly in relation to refused applications.

Under this pilot project, prior to first-stage approval, Applicants who currently are in-status and in Canada are given open work permits allowing them to work anywhere in Canada while their spousal/common-law applications are in processing. I was asked an interesting scenario, one that was brought up by the folks in the Canada Spousal Sponsorship Practitioners Facebook Group.

What if an in-Canada Spousal Application is refused? Can the individual continue to hold and work on their Open-Work Permit.

The relevant Immigration and Refugee Protection Act (“IRPA”)provision states as follows, regarding the circumstances in which temporary status (i.e visitor, student,  worker) may be lost (emphasis added):

Applying Section 47 of IRPA, there are currently no grounds to require a foreign national holding a open spousal work permit to leave Canada because the Spousal/Common-Law Sponsorship application has been refused.

When does the authorized period to remain in Canada end?

It also important to look at when an authorized stay begins.  The Immigration and Refugee Protection Act states (emphasis added):

On my reading, as long as the Applicant has a valid temporary resident visa allowing them to re-enter Canada, they cannot lose their open work permit simply by leaving Canada. This is not a case of implied status.

Of course, there may be challenges in obtaining a visa, which is another matter for another post. From my reading of the legislation, if you leave Canada during the duration of your Canada

Note, that there are several conditions by which an individual can apply for a visitor visa within Canada and holding a work permit in Canada is one of them. See: http://www.cic.gc.ca/english/visit/cpp-o-apply.asp

There are several potential opportunities created by a foreign national spouse-applicant who holds an open work permit. There may be several economic options worth pursuing if the required work experience can be obtained.

Also, an Overseas application can be initiated and the ability of the individual to travel back to their home country can facilitate any officer interview conducted overseas.

However, given the current uncertainty with Port of Entry examinations and Officer discretion leaving Canada while holding an Open Spousal Work Permit and a In-Canada Spousal Sponsorship refusal may not be the most desirable choice.

I think Citizenship and Immigration Canada has really shot itself in the foot with making the open work permit option only for In-Canada Spousal Sponsorship applicants. Should this option exist for Overseas applicants as well (who by the way can be in Canada when applying). If there did so there would less of a burden and backlog of the domestic system – currently holding up families for 26 months +.

While well-intentioned, the Open Spousal Work Permit has become an emergency lifeline for Canadian couples with a foreign national spouse/common-law partner. It creates the potential for poorly prepared applications filed to save a relationship. If I were CIC I would encourage more individuals to apply abroad, put more resources abroad to boost those processing times, and encourage more spouses to stay and work in Canada on a dual-intention pending processing of their Sponsorship applications.

Recently, likely due to the summer wedding season being in full effect, I have been approached by several individuals considering the spousal sponsorship process. 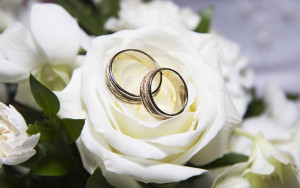 The increased interest in sponsoring a spouse may also be tied to the increasing difficulty of obtaining permanent residence through other economic streams. Particularly for young international couples  whose study permits, post graduate permits, and International Experience Class work permits are running out, the need to tie the knot in order to stay together becomes a date-ruining dinner time conversation.

As part one of a multi-part series, I will try and cover some of the challenges associated with spousal sponsorship applications.

So what are some considerations to consider prior to embarking on an application to sponsor?

1. Where are the potential Applicant and Sponsor currently residing and what is their legal status there? What is the Applicant’s immigration status in Canada?

This question is important for several reasons. To file an Inside Canada spousal sponsorship application, there is a requirement for the Applicant to actually be in Canada.

For Outside Canada spousal sponsorships, there is also the potential option of selecting the Visa Office that processes the second part of your Application. You can apply to a Visa Office that is not your country of citizenship if you currently hold legal status in that country and have done so for more than one consecutive year. This may be particularly useful for applicants who are citizens in a country such as Pakistan (currently 40 month processing time) but have legal status by virtue of study or work in London, England (currently 28 month processing time).

It is also important to consider their status (if they are in Canada). Do they have temporary resident status in Canada now? When does that status expire?  Are they out of status?

These questions will affect what procedure you ultimately choose in sponsoring.

2. What is the status of your relationship?

Closely related to the above question of immigration status is the question of relationship status. Under Canadian Immigration Law you can sponsor a spouse or common law partner if:

(2) they are your common-law partner (at least 1 year of cohabitation and currently cohabiting in conjugal relationship);

(3) they have been in a conjugal relationship with you for one year (unable to cohabit due to persecution or penal control);

These are all very relevant questions in determining common-law status as well as relationship genuineness at a later stage.

3. What are current application processing times?

Currently for Inside Canada spousal sponsorship applications the processing time is 26 months. This time is encapsulated in 17 months to obtain a first-stage approval that the relationship is bona-fide. In an Inside Canada sponsorship all of the processing takes place in Canada at Case Processing Centre Mississauga (CPC-M). Interviews, if necessary, are generally arranged at the local CIC office in the city which you reside and will require attendance by both Applicant and Sponsor.

Why is it important whether you have an immigration officer in Pakistan or London assesses your application? Asides from the level of scrutiny that may possibly differ (statistics don’t show too much of a correlation between visa posts), it will definitely affect the time it takes to make a decision.

The tables below indicate application processing times at Canadian visa offices once Step 1 has been completed. The times are based on how long it took to process 80 percent of all cases between April 1, 2014 to March 31, 2015. Processing times are subject to change.

Returning to our Pakistan and London example, the same application processed in Pakistan will take a calendar year longer.  You can readily see the huge discrepancies between visa posts,

As alluded to earlier, Applicants currently residing in Canada have a choice of applying for an Inside Canada spousal sponsorship (http://www.cic.gc.ca/english/information/applications/spouse.asp)  or, if they have temporary resident status and reside in Canada, an Outside Canada spousal sponsorship (http://www.cic.gc.ca/english/information/applications/fc.asp). Applicants applying from outside Canada can only utilize the Outside of Canada process.

Note with an Outside Canada application you will also need to show that there will be an effort to bring the spouse to Canada to reside permanently upon being granted permanent resident status.

An Inside Canada spousal sponsorship application certainly has its advantages, among which include:

However, there are also several disadvantages:

An Outside Canada spousal sponsorship application also has its advantages:

However, there are also several disadvantages: