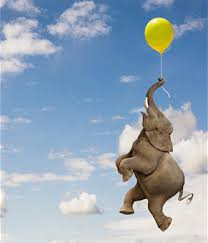 Particularly in cases where a bad faith relationship pursuant to r.4 of the Immigration and Refugee Protection Regulations is being alleged, Minister’s counsel may begin on a process of what I call “scheme formulating.” A process by which they will theorize the primary purpose of immigration as an elaborate scheme.

First of all let me say flat out, I hate fake relationship schemes. As an immigration lawyer and someone who wishes to lawfully sponsor my genuine spouse down the road, nothing sickens me more than a fake sponsorship scheme. There are tons of companies out there that for a few hundred bucks can cook up a way to get someone into Canada – fake refugee claim, fake sponsorship. These individuals are the reason scrutiny is that much heavier on genuine applicants.

Because of the knowledge of these schemes, inevitably some individuals with genuine sponsorships have their relationship labelled schemes.  Particularly at the Immigration Appeal Division (“IAD”), the schemes end up making up a large part of the written decision.

Placing the Applicant in an Impossible Situation

How is an application put in an impossible situation?

[29]           It appears from a careful reading of the decision that the Board member was prone to speculation and disregarded significant portions of the evidence. For example, the Board member found that because the Applicant’s husband knew details about her life, including her address, that he “either memorized or read out the address of the applicant with its postal code in order to try to show he is knowledgeable” about her. Not only is this mere speculation, but it also puts the Applicant in an impossible situation: as was the case in Paulino v Canada (Minister of Citizenship and Immigration), 2010 FC 542 (CanLII), “[a] detail … that might support the genuineness of the relationship is turned around to support a negative finding because it is likely integral to a complex scheme of fabrication” (at para 58).

In Sandhu, the IAD decision both the stated knowledge of the Applicant about the Sponsor as well as an Affidavit from the Applicant nothing that an “uncle” was a family friend (the Board Member concluded was her ex-husband) were disregarded.

In Paulino v. Canada, cited in the Sandhu decision, provisions were made by the Applicant to support the Appellant’s son. The IAD member found that these provisions were part of a scheme.  At the Federal Court, Justice Russell, in allowing the judicial review, wrote (emphasis added):

[57]           For example, in paragraph 32 of the Decision, the Officer refers to different information which the couple gave “about the cause of the dissolution of the Appellant’s first marriage.” The Applicant has referred to a mental disorder and Mimi had referred to jealousy over the material possessions of neighbours and frequent arguments. There is nothing inherently incompatible about these explanations. Someone with a mental disorder can be jealous and initiate arguments. The Officer then goes on to speculate about the Applicant’s relationship with his ex-wife and mentions that he has made provisions for Mimi’s son. All of this is then subsumed by a general finding that whatever the couple says is all part of a general scheme of fabrication:

There is evidence that he has made provisions even now for the Applicant’s son. However, this is likely integral to the complex scheme the Appellant’s (sic) has fabricated; if he is to be believed, the full extent of which was not known to the Applicant. The panel finds that the couple’s shared knowledge, especially in the personal aspect of their lives, are not reflective of what one reasonably expects to be shared by a couple in a genuine relationship, who avers to be head-over-heel (sic) in love with one another.

[58]           Based on the Officer’s approach, it is clear that the couple cannot win. A detail (here the provision that the Applicant has made for Mimi’s son) that might support the genuineness of the relationship is turned around to support a negative finding because it is likely integral to a complex scheme of fabrication. All of their supporting documentation, and even positive factors, are left out of account because they are, according to the Officer, part of a general scheme of fabrication. The Officer says that “their answer about their mutual feelings for one other and their plans are vague: nothing is specific.” Yet there was considerable documentary evidence before the Officer, some of it pre-dating the visitor visa application, that spontaneously reveals the couple’s mutual regard and love for each other. All of this evidence is discounted.

The following are several possible examples I have seen in addition to the two above cases:

Some of these situations have not yet ruled on by the Courts but I strongly believe they fit the mold (assuming the finding contributed to the the unreasonableness of the overall decision and tainted the overall reasoning).

Challenges with the Argument

I think there are certain issues that will challenge the ability to rely on this decision as a blanket. First and foremost, the “reasonableness standard” still provides that the tribunal-member has discretionary jurisdiction to decide questions of fact. Decisions also generally will not be overturned on one or two unreasonable factual aspects if the decision as a whole is still reasonable. I believe that the difficulty will be in Counsel showing that the one interpretation of a positive primary purpose element as a negative primary purpose element had the effect of leading to the discounting of additional evidence which led to the negative finding.

Every negative credibility finding and negative primary purpose element should be carefully viewed in context. Is that element strictly a negative factor? Can it possibly be a possible factor construed to place the Applicant in a positive situation? It may be a difficult argument to establish (given only a few judicial precedents), but it is one that becomes increasingly important as marriages, relationships, and the ‘bad faith’ scrutiny gets stricter and more complex.

As a post-script, we used this argument in the above example involving bank accounts in recent Judicial Review and were successful. The decision was a brief one and it was only one of many factors the Judge considered, but we arguably ‘won’ on this issue. It has some legs for sure.