Are we R.228-ing too many R.229s? – New COVID-Based Quarantine Act Inadmissibility and the Case for Procedural Fairness Amid Changing Administrative Efficiencies 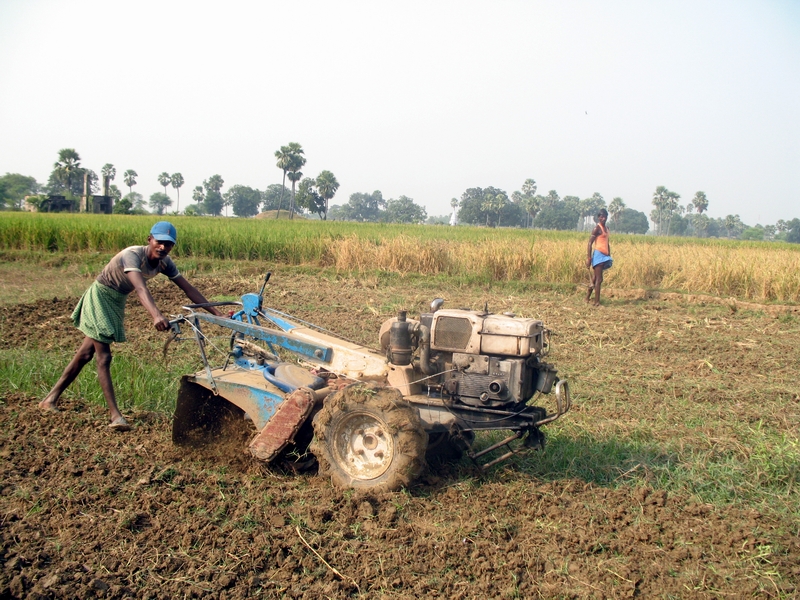 I did an earlier-COVID post about the criminal inadmissibility consequences of the Quarantine Act. In today’s post I want to update the Government’s approach here  but also bring a larger critique – that we should be advocating for the right of foreign nationals to access the Immigration Division (R.229 of the Immigration and Refugee Protection Regulations [IRPR]) where it is clear their case requires a balancing of evidentiary facts and greater (if still minimum by administrative legal standards) procedural fairness.

I see a worrisome trend of addressing (ramming) new inadmissibility through CBSA Minister’s Delegate [R.228] because it is administratively convenient. As technology improves and the ability of more hearings to be run administratively efficiently, is it still fair to deny foreign nationals at the heart of these matters, the ability to have an independent decision-maker preside over their cases and to present their full evidence?

The New Inadmissibility – Violation of Emergencies Act or Quarantine Act

On 20 April 2020, the Federal Government introduced a new inadmissibility for foreign national (visitors, students, and workers) who violate the Quarantine Act.

The change adds an inadmissibility under s.41(a) of the Immigration and Refugee Protection Act (“IRPA”) and does so by also creating automatic inadmissibility for any Foreign National with a Quarantine Act conviction.

22.1 For the purpose of determining whether a foreign national is inadmissible under paragraph 41(a) of the Act for having failed to comply with the condition set out in paragraph 43(1)(e) or 183(1)(d) of these Regulations, if the foreign national has been convicted for having contravened an order or regulation made under the Emergencies Act or the Quarantine Act, the facts on which the conviction is based shall be considered to be conclusively established.

This operates through the adding of a General condition under s.183(d) which applies to all temporary residents:

The law also applies by way of adding a condition under Regulation 43(1)(e) in the context of continued examinations under s.23 IRPA.

It is important hear that the IRPA imposes an obligation beyond the criminal context, to require compliance with ‘all requirements.’ There are several Quarantine Act requirements that do not directly attach a conviction for. Furthermore, this brings into the realm of immigration inadmissibility several convictions found in s.67-72 of the Quarantine Act that would not have rendered a foreign national inadmissible by way of a sole summary offence conviction.

There are major questions of its overbreadth and as well whether the inadmissibility will be disproportionately pursued against low-skilled workers working in fields such as agricultural, largely at the whim of the direction of the employer or their agents. While there are also employer compliance issues (which this piece will not explore) it is foreseeable that a wrong of the employer could be attached to the employee by way of inadmissibility.

The Regulatory Impact Analysis Statement acknowledges as much in what I still feel is a severely short assessment:

The power imbalance inherent in most employment relationships is intensified for foreign workers as a result of their temporary status in Canada, and in the case of employer-specific work permit holders, the conditional nature of their authorization to only work for one employer. This imbalance can be further exacerbated by factors such a lack of proficiency in English or French, lack of knowledge of their rights, and misinformation. Gender and intersectional factors (e.g. age, race, low-wage level) may further increase vulnerability to workplace abuse.

One of the policy objectives of these regulatory amendments is to protect temporary foreign workers to help ensure that they are not put in situations where they are at risk of being infected by COVID-19 and/or at risk of infecting others. The proposal is expected to safeguard against an employer encouraging a worker to violate any requirements under the Quarantine Act or the Emergencies Act.

No Referral to the Immigration Division

Where I think this provisions steps into the line of being a major problem in my perspective is is listed as a R.228 IRPR inadmissibility rather than as a s.229 IRPR admissibility.

(2) Paragraph 228(1)(c) of the Regulations is amended by adding “or” at the end of subparagraph (vi) and by adding the following after that subparagraph:

The difference between R.228 and R.229 IRPR is that R.228 IRPR allows a Minister’s Delegate of the Canada Border Services Agency (including at the Port of Entry) to issue an exclusion order.

Subsection 44(2) of the Act — foreign nationals

228 (1) For the purposes of subsection 44(2) of the Act, and subject to subsections (3) and (4), if a report in respect of a foreign national does not include any grounds of inadmissibility other than those set out in the following circumstances, the report shall not be referred to the Immigration Division…

R.229 inadmissibilities require the Minister Delegate to refer the matter to the Immigration Division (ID):

At an Immigration Division hearing, the burden of proof is on the Minister to prove that the person concerned is inadmissible to Canada. The ID Member who makes a decision is a third-party, impartial decision-maker. They are obligated to assess the submissions and the evidence submitted by the person concerned.

In a Minister’s Delegate-issued removal order, evidence is assessed but the MD’s are acting on the arresting officer, other law enforcement/public authorities, and other interviewing inland enforcement officers to render their decision. They are carrying out the decision effectively “in-house” thus eliminating a real need for additional procedural fairness (opportunities to respond) or in many cases adequate opportunities to provide further evidence. Most clients have no counsel for MD-issued removal orders and counsel are often given limited ability to advocate in this setting.

Continuing a Recent Trend of No Justification

One of the problems as well is that the RIAS does not provide further justification on why the inadmissibility was chosen for s.228 and not s.229.

The RIAS merely repeats four times a state similar to this:

The Regulations provide the authority for the Minister of Public Safety or the Minister’s delegate to issue a removal order for non-compliance with the new conditions that require compliance with an order or regulation under the Quarantine Act or the Emergencies Act, once a person has been found to be inadmissible.

The Regulations allow for issuance of a removal order by delegated officers in circumstances where students are not complying with new study permit conditions, rather than being referred to the Immigration Division of the Immigration and Refugee Board for a hearing.

I think a question needs to be legitimately asked about why two admissibilities both of which go against the usual R.228 black and white assessment (e.g. are expired permits – overstay, not holding required immigration document, failing to appear for examination, criminal conviction inside Canada as examples) are being put in the same box.

Given the limited application (at least documented) of the Quarantine Act as we explored last blog, should not an independent decision-maker who develops specific expertise to assess evidence be required? What happens if the allegation is not based solely on a conviction but actually on an issue such as the truthfulness of a disclosure or response (s. 15 -s.16 of the Quarantine Act). How would these proceed without witnesses and the type of evidentiary disclosure needed?

Remember when we frame this issue, we also look at the primary elements of procedural fairness as set out of by IRCC.

The right to be heard or the right to reasons is not too hard in the context of an individual who violates a clear law on the face, but this law is far from clear and arguably with construction that is far from perfect.

It is my hope that it is used infrequently and that we move through this COVID period with discretion and seeking understanding before applying punitive measures, but we have seen in the ways that fines have been levied for COVID offences generally that this has not been the case.

In the interim, we need to hold the Government to account to explain and justify why the Immigration Division could not have been given jurisdiction to issue the removal order.

One of the main arguments for an R.228 removal in administrative efficiency. The idea being these issues are so important and emergent that they need to be dealt with quickly, and possibly even at the Border.

With COVID one of the things we are seeing is an improvement in the ability to hear cases virtually or leverage technology to make things more efficient. Subject to the very important aim of giving individuals the right to an oral hearing (and ideally in person) particularly in the context of long-term detainees and refugees, I don’t see why the administrative efficiency argument still stands.

Post-COVID I expect that we will see many more hearings (including admissibility hearings) operate via online video conferences. These conferences can include the ability to share and provide evidence quickly, disclose immediately, and likely timelines can be shortened for scheduling. With all these things, what is the continued justification for not referring cases that do require an assessment of evidence to render a reasonable and fair decision?

Judicial Review as a Possible Outcome

Unfortunately, if there is unfortunately a second wave or if the Quarantine Act becomes engaged increasingly for inadmissibility, I suspect that we will have quick removals and unfortunately little basis for stay of removals. For workers, it is likely that inadmissibility would also sever the employer/employee relationship removing the argument they likely had for significant harm. Students and Visitors will probably have similar difficulties establishing significant harm in most cases if their entry was for studies or family-based visits (which are already being scrutinized).

Ultimately, I believe we will probably get poorly justified removals that will require judicial reviews to sort out. However, unlike the actively pursuing studies provision of R.220.1 IRPR which the Federal Court has generally upheld in reported decisions, I think the Quarantine Act will be much more difficult to navigate. There are also holes around issues such as overbreadth and vagueness, and certainly procedural fairness issues, that will emerge in such litigation.

I am interested to see how this will all pan out. If you  have a case on the basis of this new inadmissibility, I am eager to hear from you: will@edelmann.ca