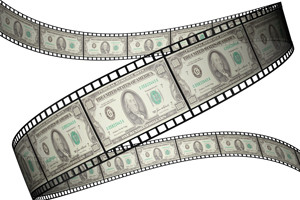 The intersections between entertainment law and immigration law has traditionally been a front-end discussion. Which type of entertainers can come in without a work permit? Which will require one? Are there any LMIA-exemptions?

Very little attention has been paid to the back-end, long-term benefit of having a Canadian permanent resident or Citizen involved in the production of a film. There is a benefit. That benefit is a refundable 25% tax credit for utilizing Canadians.

I will try to do this topic justice here in a series of posts.

What is the CPTC?

The Canadian Film or Video Production Tax Credit (CPTC) is fully refundable tax credit, available at a rate of 25 percent of the qualified labour expenditure of an eligible production. The CPTC is jointly administered by the Canadian Audio-Visual Certification Office (CAVCO) and the Canada Revenue Agency. (see: http://www.pch.gc.ca/eng/1268752355851)

In the CPTC Guidelines (the “Guidelines”) there is a list of 11 requirements in order to meet the program eligibility. Several of these criteria touch upon the importance of ensuring certain key individuals and entities are Canadian. I will address only the ones relevant to immigration. The Guidelines state (emphasis added):

The guide goes on to discuss the requirement for the CPTC applicant production company and the Canadian distribution company to be Canadian (emphasis added):

To qualify for the CPTC, the applicant production company, and if applicable, the Canadian distribution company through which it will distribute the production in Canada, must be owned and controlled, either directly or indirectly, by Canadian citizens or permanent residents in accordance with definitions found in a combination of the Citizenship Act, the Immigration and Refugee Protection Act (which replaces the Immigration Act) and the Investment Canada Act (ICA).  This requirement is set out in subsection 1106(1) of the Regulations of the Income Tax Act.

By virtue of s. 1106 of the Income Tax Regulations, CAVCO must determine, among other things, whether a corporation’s shareholders are “Canadian” within the meaning of s. 3 of the ICA. According to the ICA, Canadian means (emphasis added in original and in analysis):

For greater clarity, an individual is “Canadian” for the purpose of determining Canadian control of a corporation if it can be established that he or she is:

*To be considered “ordinarily resident” in Canada, an individual must demonstrate that he or she has taken residence in Canada in his or her usual day-to-day routine.

As you can see, the CAVCO/ICA definition of Canadian in respect of permanent residents is stricter than the definition provided in IRPA. The individual not only must be a permanent resident but also one who is ordinarily resident (by definition essentially lives in Canada) and as well cannot have been eligible for Citizenship for more than one year at which time they have did not applied to obtain Citizenship status.

To further complicate things, a different definition of Canadian from the Investment Canada Act is applied when determining whether the producer-related personnel is Canadian.

It is written (emphasis added):

Other than where a production is a treaty co-production, a production company must provide proof that individuals for whom key creative points are being requested, as well as individuals occupying producer-related positions, are Canadian. With respect to producer-related or key creative personnel for a production, the term “Canadian” is defined as a person who is, at all relevant times, a Canadian citizen as defined in the Citizenship Act, or a permanent resident as defined in the Immigration and Refugee Protection Act. The person must be Canadian during the entire time he or she performs any duties in relation to the production.

The CPTC Guidelines do not specify or clarify what “during the entire time he or she performs any duties in relation to the production.” However, the Canada Radio-Television and Telecommunications Commission in their guide (see: http://www.crtc.gc.ca/canrec/eng/guide2.htm) to their own “Canadian content” certification and application process provides guidance that is likely cross-applicable. The CRTC guide states (emphasis added):

Therefore it is important that applicants confirm the status of each person who will occupy a key creative position before the person begins engaging in any activity related to the production.

This issue is one that I will believe will be at the crux of where an immigration lawyer can add value. “Activity related to the production” seems very broad reaching, particularly where in the entertainment field there is a lot of cross-collaboration and sharing between film projects and also a very short transition (one day) between temporary residence and permanent residence.

Reading the above, it appears that it will be very important for Production Companies to keep a very good record of each production personnel’s start dates, along with their immigration status throughout the film production process. This along with important dates such as permanent residency card expiry dates, as expired PR cards will trigger the need to reapply to CAVCO to obtain a new personnel number (more on this in my next post!).

In part two, I will get to the fun stuff. A film (live production and animated) has several key creative personnel – directors, lead actors – what are the rules for them? How many need to be “Canadian” to qualify for the CPTC tax credit? STAY TUNED!!