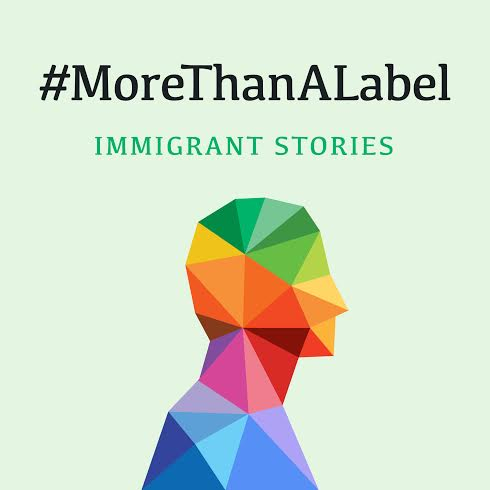 I am participating in #MoreThanALabel: Immigrant Stories, Simmons College’s online MSW Program’s campaign to promote transcending labels. By participating in this campaign, I will be sharing my story and how I believe we can shatter the stigmas often attributed to immigrant communities.

I am a Second-Generation Chinese-Canadian, an Immigration Lawyer and Mentor. I believe that to combat labels and stigmas and to create more immigrant pride, we need more spaces and forums to share our stories. Here is mine.

[Now I am going to break the requirements a little and write more about this topic. I hope the Simmons College organizers will forgive me a little given ‘breaking the norm’ appears to be theme of this campaign.]

Why I Am Participating In This Campaign

I was invited by Simmons College, through a very kind message by Community Manager at Simmons College, Megan Dottermusch, to contribute their #MoreThanALabel campaign. Asides from my belief that social work is such a valuable, yet largely underappreciated profession, I also found the question they are asking about immigration quite engaging and useful.

“How are immigrants currently combating labels and stigmas, and what can we do more to promote immigrant pride?”

Experiences from My Work

In my role as both a Canadian immigration lawyer and career mentor to several new Canadian immigrants, I have had to assist my clients and mentees in navigating the broad spectrum of labels and stigmas unfairly assigned to them. I have walked immigrants through the process of presenting their cultural marriages and untraditional love stories into sponsorship applications and appeals. I have worked with foreign-trained lawyers looking for ways to transition their credentials and tackle the issue of ‘over qualification’ for entry-level Canadian jobs. In the process, I have seen and heard immigrants labeled as uneducated, liars, burdens on society, criminals, and animals (among others).

My Experience Growing Up

My awareness of labels and stereotypes began in my youth. Early on in my elementary school days, I found myself being not so randomly selected, during the first day of many of my school years, for participation in English Language Assistance Classes (LAC, as it was fondly called). I was never assessed for proficiency, rather assumed to be struggling simply for being Chinese. I never lasted more than two weeks in the group but every year I’d be selected like a roster player sent to the minor leagues. Ironically, from then on, English became my strongest subject, although at the unwarranted cost of losing and abandoning much of my Mandarin.

In secondary school, my excitement to eat home-cooked Chinese lunches thoughtfully prepared by my parents was ruined by the stigma from classmates that I was again eating their pet animal. I laughed aloud at their biological organ-related jokes, but truthfully their insults hurt. I was always worried that classmates would label me a FOB (Fresh off the Boat) and not one of them.

I remember also feeling stigmatized at that time for not having a stay-at-home parent who could volunteer and sell flowers to raise money for the school. Having two working class immigrant parents was not the norm in my more affluent program. Teachers probably thought I was “lazy” for not trying but truthfully there was not one well-off family friend or businessman I could call to try and fundraise. I felt embarrassed every year.

I also struggled internally handling the labels thrown at me by friends, teachers, and parents. For one, I was always more interested in hip-hop music and poetry rather than math, physics, and cars. More than a few people told me I was on a “criminal” path pursuing “black people culture” that was not suited for a person of my Chinese background.

In my second year of University, I finally decided to accept and embrace my Chinese cultural heritage, pursuing language studies in Mandarin and focusing my academic focus on Chinese-Canadian migration history. In these early advocacy days, I saw and dealt with several (mostly non-ethnic) community individuals who dismissed my efforts. They saw me as being too vocal for a Chinese boy and too young to be sharing such poignant opinions. I could tell that to many, by virtue of being second-generation Canadian, I was not Canadian enough to deserve a voice or forum.

Today, in the practice of law, I continue to see colleagues of ethnic-descent struggle to find opportunity or to advance their careers. I live in a country that has elected few immigrants to positions of major influence in the executive or judiciary level. Even fewer are women of non-European ethnic descent.

Personally, I cannot count how many times I have been asked if I am interpreter or consultant rather than a lawyer. In one memorable incident leaving work in my business suit, a woman ran to her car across the block and thought my briefcase was a ticketing machine. In another incident two years back, a female Asian colleague and I were met in Downtown Vancouver with the “F-word” and “Chank” in the same drive-by insult. I am not going to chalk all these incidents up to labels and stigmas, but I am sure at the very least preconceived notions based on visual perception played a huge role.

Reflections on My Responsibility

I am consciously aware that by virtue of now being a lawyer, I have a privilege that not many immigrants have, of being able to defend myself of unfairly assigned labels and stigmas. I believe that translates to a corresponding responsibility to guide, educate, and defend those without the ability to respond.

Unfortunately, newer immigrants without language skills and without financial resources are the most victimized by society – by strict laws enforcing the will of the majority, by abusive employers seeking to profit of suffering, and generally by the haves of society. Yet rather than being presented as victims, they are presented as the “illegals” and “wrongdoers.”

Our collective responsibility is to speak out when this type of injustice occurs, not fearing the personal consequences to us of speaking out, and not failing to speak out even when the consequences aren’t always personal. For me, the #MorethanaLabel campaign is about challenging the statistics, the media, and the popular opinion when unwarranted positions are being tenured against our immigrant communities and, by extension, our families.

Truthfully told, many labels and stigmas, redefined, are actually some of the traits and characteristics immigrants should be most proud of. Yes, we can be silent because it is often because we are busy quietly analyzing things from more-holistic view. We can be overly private and anti-social but only because we are busy taking care of our families and loved ones. Yes we are overly hardworking because several generations of individuals, often oceans apart, rely on our end product.

Finally, to conclude, I will dedicate this paragraph to my American friends. I understand that you are currently in the process of contemplating some major reforms that will make enforcement measures stronger against undocumented immigrants and may lead to increased deportations. I ask you to be conscious and aware of the labels and stigmas that may underlie these pending changes. I ask you to constantly question whether immigration legislation that is aimed at protecting the integrity of the system and punish international criminals and terrorists may have the unintended consequence of tearing up innocent families and punishing innocent mistakes by innocent applicants. I ask you to not blindly buy into the assumption that the immigrant family of five living on welfare next door is a burden on your family’s access to health care and education. Rather have faith in their potential to be as the next group of doctors, engineers, social workers, and artists that can make your children’s lives collectively more cultured, happy, and healthy.