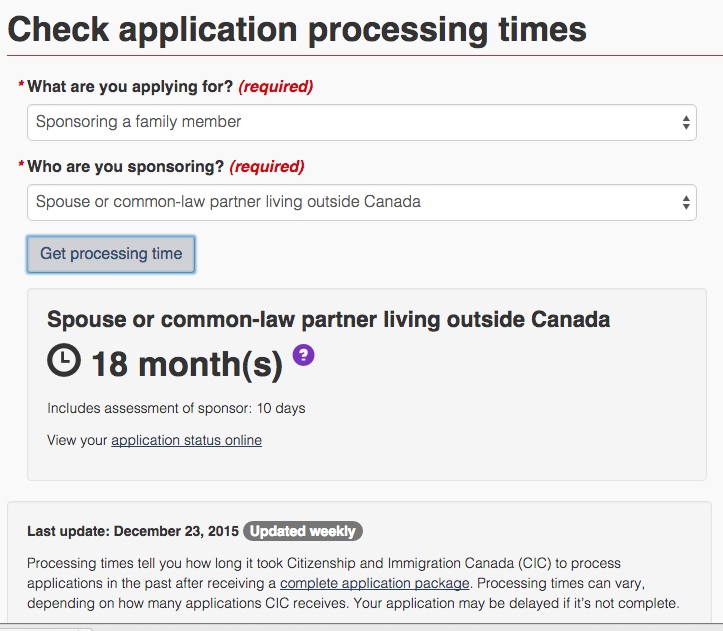 There has been some speculation that this may be a move towards a global one-queue processing time, I think that it is very premature to assume that this is the reason for the change.

A global one-queue processing system doesn’t appear to align with the goals of Canada’s Immigration and Refugee Protections Act (IRPA)   to attract a diversity of spouses. Policy-wise, it makes sense that countries that historically supply Canada with more eligible applicants will have to wait a little longer vis-a-vis a country that produces less immigrants. That being said, not having a global one-queue system does not justify why applicants in certain countries in the Middle East and Africa are taking many years to process vis-a-vis countries in the Western world. Greater parity in actual processing times is desperately needed.

That being said, the new processing time display system certainly comes with a few positives. Like with Express Entry, it is certainly more applicant friendly then having to read a larger chart. It provides better updated processing across a category of applications – including economic immigration via Express Entry.

The cons of the new processing times display is that it is currently not as transparent as it can be. There are several examples of where this may kick in and have negative consequences:

Overall, there is clearly a need to let applicants known how long it theoretically will take for processing. Many potential immigrants plan their entire lives around processing times, whether to accept academic offers, whether to continue with their current employment, even whether to have kids before or after immigrating.

It is my hope that either some sort of online global queue system for permanent residence is adopted as legislated policy OR CIC puts up the exact processing times and remains transparent through their process. 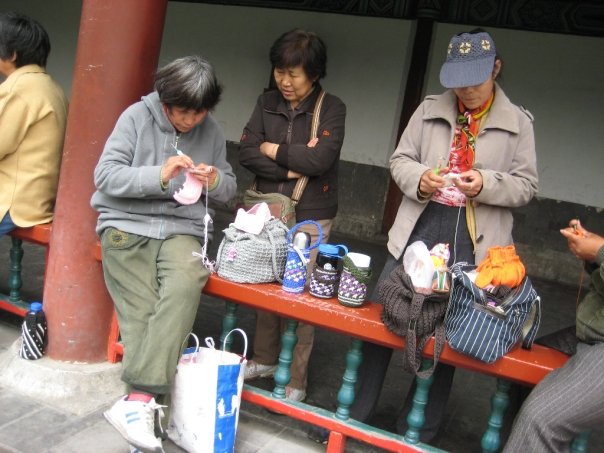 On November 23, 2015, Citizenship and Immigration Canada announced the details of 2016’s offering of the much-anticipated Parents and Grandparent Family Sponsorship Program. The full details of the program can be accessed here.

For the past several years, this program often fills up by the second week of January. In fact, many applicants submit their applications by express courier just prior to the New Year to ensure arrival by the program’s opening date.

This year’s program comes with even more anticipation as the Parent and Grandparent Class was at the forefront of at least two  pre-election promises of the Liberal Government.

In their pre-election platform paper “A New Plan for Canadian Immigration and Economic Opportunity,” the Liberals set out those promises as follows:

These proposed ideas found themselves into Prime Minister Justin Trudeau’s Mandate Letter to Immigration, Refugee, and Citizenship Minister John McCallum where these promises are reiterated as follows:

So how will this year’s application process fair? How would I change things?

Note that an Applicant must meet or exceed the Federal Income Table from the date the sponsorship is signed until the day the family members become permanent residents. What this means is for the 10 years that an application is in processing, a sponsor theoretically has to meet the requirement in every year and can be subject to reassessment at any time.

Parents and Grandparent sponsorship works on a two step process (much like Spousal Sponsorship via the Outside Canada Family Class process). The first stage, assessed at Case Processing Centre Mississauga, where the applications are received, is currently taking 48 months (i.e 4 years). Currently, they are working on applications received on or before November 4, 2011.

Following this, the applications are sent overseas for assessment. During stage two – the process is currently taking anywhere from 1 year to 7 years at some visa offices. Averaging out at around 5 years.

CIC has posted average processing times (last updated 10 July 2015), and they are available below:

Essentially, if my numbers are correct – it will be a least a decade until many Canadians see their parents/grandparents. These are 10 years that many Canadian families simply do not have with the increasing age and declining health of elderly parents and grandparents.

This means that you must promise to provide financial support and basic requirements for the person you are sponsoring including – food, clothing, utilities, personal requirements, shelter, fuel, household supplies, AND any health care not provided by public health such as eye and dental care.

If your family member receives financial support from a federal, provincial, or municipal program while the undertaking is valid you will be considered to be in default which will have consequences for any other sponsorship application.

If I were advising the Minister, I would have the following suggestions on how to improve the Parent and Grandparent Sponsorship Program:

What are your thoughts on parents and grandparents? Would love to hear them in the comments below.