We Straight?: Why Risk and Discrimination May Be The Most Important and Understated H&C Factors

To most individuals, even those familiar with immigration, the words ‘risk’ and ‘discrimination’ will likely conjure up immediate thoughts of refugee claims under s. 96 and s.97 of the IRPA.

Indeed, if one were to follow IRCC’s own instructions on factors to consider in an humanitarian and compassionate assessment, risk and determination are not obvious on the face , as per the online instructions captured below.

Factors to consider in a humanitarian and compassionate assessment

Applicants may base their requests for H&C consideration on any relevant factors including, but not limited to

Certainly, adverse country conditions include discrimination and indeed there is clarification that membership of a group being discriminated against is a s.25(1) IRPA consideration as per this excerpt below.

On risk, it was always a word I utilized with some caution in an H&C application. Indeed, IRCC’s instructions provide explicitly that s.96 and s.97(1) IRPA factors are not be considered, but must consider these elements related to hardship. 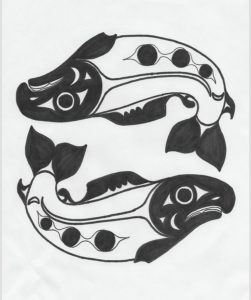 Arenous Updates: Brief to CIMM on Covid-19 and Presentation to Mosaic on International Students

As many of you may know, over the past half year my colleague Edris Arib and I have been putting together a non-profit organization called the Arenous Foundation to fill the gap of advocacy, research, and education in Canadian immigration.

We’ve been doing quite a bit of work this December and are proud to share with you are two project this week.
The first project is our brief to the Standing Committee on Citizenship of Immigration who asked for feedback on (1) spousal sponsorship and TRV delays (specifically s. 179(b) IRPR); (2) the parent and grandparent sponsorship program, and (3) TRVs/SPs for Francophone African students, along with those who hold expired COPRs;

On Thursday of this week, we also presented to MOSAIC on international students, including policy recommendations and advice to settlement workers.

It’s been a busy but amazing week being able to re-shift energy from law to non-profit immigration policy work. It’s a perfect balance – and one I hope to expand in January 2020.

On that note, we have some big news for #VIB readers (new site and new initiative) coming in the New Year.
I don’t know about you, but I’m just about done with 2020.

Time to Remedy the Problem of Temporary Resident Permits 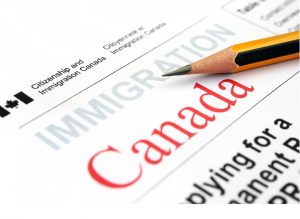 Mel is a stateless Palestinian. She grew up stateless in a country that does not offer her Citizenship and no longer offers her status. She has been on successive TRPs but is looking to apply for economic permanent residence and obtain successive work permits. Mel recognizes she probably needs a TRP but is uncertain of why she needs to make paper-based extension applications and how she eventually should apply for PR.

Prab is an Indian national. She accidentally flew back into the United States from India to re-enter Canada as a student, not realizing she needed a TRV first. She has been on successive TRPs. She has since been on successive TRPs, but is seeking to complete her studies and apply for a post-graduate work permit (“PGWP”). Prab wants to trade-in her TRP and go on her way to the pathway to PR.

Jack is an Armenian national and study permit holder in Canada. He does not have a passport and returning to his country at this time would mean mandatory military conscription. However, the passport issue could be resolved through some negotiation by his family members. He is seeking his first TRP.

Raj is a Pakistani national. He has held TRPs in the past unauthorized studies, but abruptly after years of work permits it was refused. He believes it was refused because another TRP would have enabled him to apply for permanent residence, but he is not sure.

Marcela is a Mexican citizen. She had a semester of non full-time studies while going through a difficult time with mental health challenges, but her university did not offer leave. Her university recommends that she asks for a ‘TRP in the alternative,’ alongside her PGWP but is uncertain what this entails.

Bahar is an Iranian citizen. She extended her own work permit, but forgot to extend the visitor status of her two children who were studying in Canada. They were able to study, but she was advised to obtain TRPs to address their inadmissibility. She is in the PR process and wondering if her children will face any difficulty in obtaining their permanent residence.