Learning to Take the L – Loss, Grief, and the Law 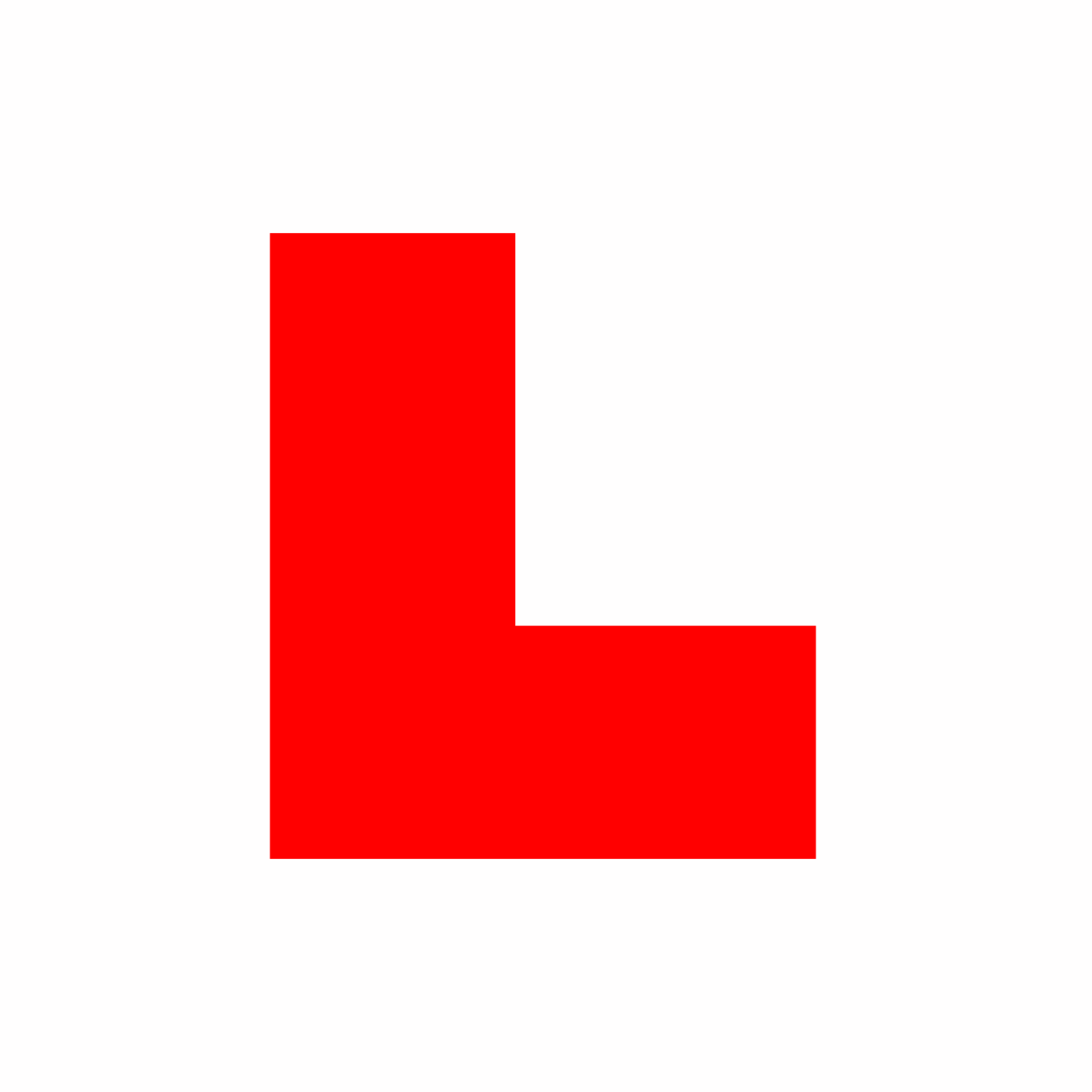 This piece has been simmering and marinating in the back of my mind for awhile now. Meeting a mentor last week who had at a crucial juncture shared with me his story of loss and this time shared his current work

Last Friday, I had the privilege of mentoring two brilliant students.

Both students were racialized law students. Both reminded me of myself. They were very humble, aware, fearful – altogether, so very human. I have seen my share of young law students or lawyers with fresh-pressed suits carrying an air of premature confidence.

In the first three months of this month, I have had the privilege (and I would also call it also a personal and familial/community responsibility) to speak on quite a few very controversial issues for media (print and radio).

Letter to My Sister (in Law): A Reflection on Male Toxicity and Male Privilege in the Profession

The below piece was inspired by a recent experience in an Inland Spousal Sponsorship interview. In a moment of empowerment, I decided to step in for the Officer and question my clients, in a manner that went beyond my ‘courtesy’ role as counsel. I reflected on the power/historical dynamics that led me to believe that I could do this, and believe that part of it was because the officer was a Filipina-Canadian woman and in the back of my mind, as a lawyer, I could speak for her or over her. I connected it to other experience in front of white decision-makers of power and recognized my parallel silence. It is a position I could not reconcile with myself and therefore I have written the below letter.

The first version I wrote (but was accidentally deleted in a WordPress saving issue) was arguably better. I think I went more in detail and hit harder. Perhaps, it was to personal and would have drawn criticism from those individuals who may have recognized themselves in the parables. I hope that in this version, I still capture that essence. I will continue trying to find back the words I wrote but in the meantime please take these words.

While we are not bound by blood, we are bound as siblings by our mutual decision to enter this profession. You, like me, entered to be able to pursue a profession where you would be valued for your contribution, where you could fight to promote justice, and where you could secure a better future for you and your clients.

I am writing today to apologize to you and to share a few accounts both of my privilege and the ways in which we (as a Male Bar, writ large) have not given you the space or opportunity you deserve, as our gender equals.

To those of you of colour, we have even further made difficult a journey that is already made difficult by the trauma of practicing areas that hit often too close to home or too distinct from experience.

We have created environments that have further make you feel without a place and/or we have used our own space to take away yours, our voice to silence yours. For that, we need to acknowledge that we’ve fallen far short. We need to take immediate remedial action to empower you and humble ourselves in the process.

I take personal responsibility for my own role. Looking back on the past years, I have made so many mistakes. I have participated in speaking over women colleagues in male-dominated meetings, all-consumed in the toxic male ego. I have engaged in the backroom small talk of discussing visceral appearances, and generally not being a-tuned enough to how much I was contributing to the denigration of my own sister. I cast gazes that were inappropriate, had conversations that re-enforced my own alluster. I was selfish and wrong.

Inexplicably, I have at the same time showed deference to white men in a manner where I would not have showed deference to you – and it is something I cannot explain but damn-right want to fight in myself and in others. It makes me sick to my stomach that I would allow the historical colonial role of white men in Canada, to not only silence me but then turn around, as a silenced person of colour and not take away your voice.

Meanwhile I have listened but not acted when you told me about that partner who made you do 90% of the work and would take 100% of the credit. When you have told me of clients who would email them to complain about you and who treated you as a disposable assistant rather than the capable lawyer you are. I should have knocked on the doors of patriarchy or helped you fight back. My ‘it will be okay’ simple wasn’t an okay response and was reflective of my silence and misuse of privilege.

When you told me that you received a position on a Board and that the Partner thought you were filling a ‘diversity quota’ I should have made clearer that I was on your side. Instead, I tried to justify his response.

I regret not telling the lawyers who told me that I was at an advantage because I was male and would not have babies and go on mat leave that this was not fair to my sisters who often do not choose to abandon profession but often have the decision imposed on them by the external forces of child-rearing, with little more than a “that’s your natural responsibility.” I want a child but know full well that this decision will change my partner’s life and career choices in a way it does not affect me. I can show up the next day to accolades without having to feel an announce of the pain or the prejudiced judgment of bottom-line driven employers.

I regret not telling the powers that be that maybe they need to speak to you first before speaking to me and that my rubber stamping of their authority added to simple majority but paid lip service to you, who was truly affected by the choices they were making.  We allowed our cultures to develop into mini fraternities and boys clubs, where we feigned listening to your monologues one second, and immediately after closed the doors and laughed at you the next.

I regret not trying harder to convince media that they do not need another male talking head or that they should assume that ‘he knows’ when ‘she knows better’ and has the credentials to back it up. I should have deferred or set ultimatums where simply I was happy taking the limelight, myself. It has made you question why you have to work twice harder to get half the accolades, at a portion of the pay – something your client may never know.

How do I fix this? How do I be a true ally to you?

For one, I should no longer contribute to ‘mansplaining’ your situation or always wanting to be the head of the table, especially in your conversations.

For second, I should ask you as my sister what you want – and not assume it is protection, a father figure, a direction seeker, and that maybe I am actually the one needs all three.

For third, maybe it’s time I stop enabling the powerholders and brokers by kow-towing and pumping their tires.

I should challenge their authority, that they are no King and maybe it is time for a Queen to be given her chance to reign. In my personal life, when I see situations of inequality affecting women and women of colour, I need to raise my voice rather than sit there content in silently being served by a woman, like the experience is normal. It isn’t.

I have a lot of historical wrongs to right. My response to feeling dispossessed as an ethnic male during my high school years was to try and join the popular forces of ‘whiteness’ and ‘maleness.’ I had encounters and moments where I crossed lines I had set for myself. In law school and my early practice, I felt male dominance was just part of a normalized environment. Little did I know that it was a environment built specifically to keep women out of power  – while simultaneously undervaluing/underappreciating their work. Next year they would always say – you would get what we have, but the goalposts would always shift.

What a difference time makes. I am now in a place where I work for badass women. They are now (currently) my office manager, two out three of my Firm owner’s, my mentor, my spouse, and my mother. I have cut from my life those elements of male toxicity. I am stepping (although it is a process) outside of my perpetrator role. The events of recent show I still have a long way to go.

Sister – I hope this next generation of lawyers is your generation. I hope you take seats on our highest bench where you hold decision-making power over us, molding law with your genius and maturity.

If I ever, talk for you, walk over you, gaze at you, in a manner in which you are uncomfortable I want you to tell me. I want you to tell me when another one of my brothers does it to you as well. I want you to share with us (when you are ready) how we have failed you. Any Firm that takes such a piece as an offense or tries and dissuade you from doing so, is no home for you.

It is with sincerest apologies and hope that we can do better, as men and allies.

Your Brother (in Law)