Establishment of a Contradiction: Why Accompanying Dependents Stuck With Covid Study Permit Instructions 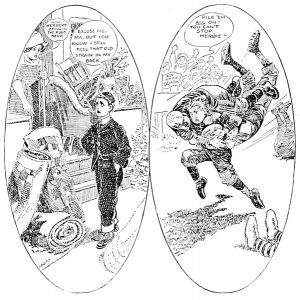 Immigration, Refugees and Citizenship Canada (“IRCC”) has acted quickly and swiftly to adapt to the changing scene for international students as a result of COVID-19. Through changes to program instructions representing the various phases from exclusion (travel bans) to now the accommodation of the Designated Learning Institution (“DLI”) Readiness plans, it is clear that international students have been a major priority of this Government through the pandemic.

Yet, a counternarrative is also emerging through COVID of both delayed processing and higher refusal rates. Indeed, with just early stats available representing the first quarter of 2020, it appears that refusal rates for study permits have jumped up since the pandemic (40% to 50%). Many students, especially outside Canada, are facing visa office delays waiting for a decision on their study permit applications.

A subset most affected has been those applicants who seek to bring their accompanying dependents, especially spouses and children with them.

Instructions provided by IRCC on this point, in my perspective, might create problems. IRCC writes in their instruction.

If immediate family members want to be with you in Canada

Your immediate family members may be able to come with you to Canada.

If they travel with you

They don’t need a written authorization from IRCC to travel with you. However, they must show that their reasons for travel are non-discretionary (non-optional). For example, they’ll help you get established and support you in Canada.

How Does One Demonstrate Establishment Without Creating Ties (the Definitional Contradiction)?

Because dual intention is more difficult to establish for international students (particularly those who are overage students or are seeking to start fresh in new areas of work), there is a need to demonstrate a clear intention to be able to leave Canada at the end of one’s authorized stay. This challenge is exacerbated when one is bringing spouses and dependents, particularly from countries where Canada would serve as an economic and situational improvement for the entire family.

Meanwhile, because the Courts have scrutinized  Visa Officers trying to make negative bona fide findings without raising credibility as an issue (i.e. sending a procedural fairness letter or holding an interview), the easiest way to refuse an application is on assessing the ‘push’ and ‘pull’ factors with respect to an Applicant’s intentions to leave Canada at the end of their authorized stay.

An Overseas Visa Office does this by demonstrating that there are enough ties to Canada created by the study permit application (‘push factors’) and not addressed by the corresponding ties in their home country (‘pull factors’) to have them return. For an example of this analysis see: Gauthier v. Canada, 2019 FC 1211  – see especially paras 18-23.

This refusal is often captured under s.183(1)(a) of the Immigration and Refugee Protections Regulations which states:

183 (1) Subject to section 185, the following conditions are imposed on all temporary residents:

If a dependent spouse argues they will help the principal applicant’s studies in Canada by working in Canada, that goes to the heart of the intention and the bona fides. As discussed, even though Courts have suggested these require some sort of procedural fairness process, Visa Offices still routinely refuse here on merit (intention of study). It can also possibly go to finances and ties, if the Visa Officer begins to have concerns emanating from intended work.

Let’s say the dependent spouse says they can support because they have family ties in Canada – siblings, uncles, aunts, and relatives that can assist. Now this creates the presumption of family ties, which again although assisting in establishment, would clearly pull away from Canada and establish the very family ties in Canada that one usually tries to downplay or explain in an application.

Usually where there are significant family ties in Canada, the best strategy is to demonstrate how the compliance or good standing of that family member (usually through a letter) makes them a check and balance. Yet, where this comes from the family member of an accompanying spouse, this argument becomes much more difficult to establish.

In fact, thinking it through, I can only think of one way to argue that your spouse’s assistance to your establishment could be positive – the presence of a large savings account from and maintained in the country of previous residence to serve as financial support. Still here, it could be argued that the movement of assets and liquidation of funds shows the breaking of ties and the lack of dual intention. (see Pisarevic v. Canada (Citizenship and Immigration), 2019 FC 188 (CanLII) for an example of where this applied).

What Should Study Permit Applicant’s Do?

This all leaves the question to be desired – what should be written on an application to both prove family members are essential to assist in establishment, but also to demonstrate that there will be compliance and an overall maintenance of a clear intent to depart Canada.

I think the movement will be towards putting extensive and documented letters of explanation (perhaps even joint letters) to indicate how the establishment intended is temporal. How, the necessity of the family to be reunited comes from the need to establish, but that this establishment is intended for a limited period of studies. Applicants may also want to be more proactive about acknowledging that there is no pathway to permanent residence available (especially for overaged applicants), but rather emphasize on the studies and the manner in which the studies will assist them in their detailed career plans abroad.

To be honest, the best thing that can be done is for the instructions to be struck out and amended. Applicants should still continue to show temporary intention. That is, of course, the very foundation of temporary residence. In so far as they are a family member of a principal applicant, the benefit of the doubt of compliance should be given on the basis of the strength of the principal applicant’s own study plans and ability to leave Canada at the end of one’s authorized stay. In the same way that now spouses are being asked to lay out their dual intention plans on temporary resident visas pending sponsorship, that system should be implemented here alongside a broader accepted dual intention that requires less rigidity. That is the way I would have the system keep itself.

Until that happens, unfortunately I do see more refusals and I do see the need to unfortunately utilize costly processes such as judicial reviews to resolve unreasonable and procedurally unfair refusals.

The On the Ground Reality

I think the reality on the ground is that Canada’s international study permit regime still wants to attract the single applicant doing their first undergraduate degree or advanced degree from a linear path. The increasing number of applicants who are having mid-life ideas of pursuing baking school or video game design will probably be scrutinized. The presence of family members – spouses and children, particularly in countries reeling from post-COVID uncertainty will face an uphill battle. My analysis of the increasing refusal rates showed that countries that jumped on the list of those with 70%+ refusal rates were almost all predominantly Global South, Middle Eastern, Caribbean, and African  countries.

COVID has, in a sense, made clearer how much a system is tiered base on country of origin. How much easier it is for study permit applicants who already hold eTAs and may have travelled back and forth to/from Canada as visitors and are now seeking to stay, versus the applicant from a landlocked, travel-locked country seeking to start fresh.

Far from inevitable, I believe COVID should give weight to those who argue that under this current system, we will inevitably create a Canada that is exclusive rather than inclusive, and that continues towards a Western European face rather than one of the many countries and cultures we could use more of and open up doors to.